Before we get into the background of this B-52 Shooter recipe, here are some related cocktails: French Kiss Shots, Pink Panther Shots, Naughty Neapolitan Shots, T-52 shots, B52 Coffee, and the Flaming B52. Now, as far as the background on this this awesome B 52 shot (which also goes by the B52 Bomber, the B52 Bomber Shot, or just the BiFi), according to the B-52 shot wikipedia page, "The name refers to the band The B-52s and not the US B-52 Stratofortress bomber." So if you thought this shot was about the B-52 plane, it ain't. Understandable though, considering the fact that there's also a shot called The Kamikaze. The B-52 wikipedia page also notes that the drink "was invented by Peter Fich, a head bartender at the Banff Springs Hotel in Banff, Alberta." Although there's no direct citation for that claim, so take it with a grain of salt. In regards to this B-52 Shooter recipe, it's all about mixing up Kahlua Coffee Liqueur, Bailey's Irish Cream, and Grand Marnier. These ingredients, obviously, give the drink a very coffee, creamy taste, which makes it an ideal dessert shooter recipe. Although you can most definitely have one of these bad boys as a pre-game drink if you're feeling that. Appearance wise, these shoots are crispy layered with black-, cream-, and gold-colored layers. (By the way, if you don't know how to layer a shot, that's all about pouring the booze over the back of a bar spoon.)

PREPARATION
1. Pour coffee liqueur into base of tall shot glass and gently layer irish cream on top.
2. Finish with a layer of grand marnier.
DRINK RESPONSIBLY! 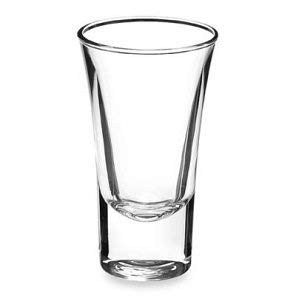